After long days of rehearsals, the students of the Rancho Santa Fe School at NPH Honduras, come together to celebrate 200 years of Honduras’ independence on 15 September, 2021. The great Bicentennial of Honduras has arrived! And with it comes the enthusiasm of the cheerleaders, majorettes, cadets, and a marching band. The drums and glockenspiels sounded for three weeks around Rancho Santa Fe. A band made up of 30 children and young people met for two to six hours a day to prepare a show worthy of 15 September. In other years, the Honduran Independence Day celebration has taken place in Talanga, a town 19 kilometers from the ranch. However, due to the COVID-19 pandemic, it was decided to hold this year’s event in the auditorium of the School.

The Independence Day celebration began at 10 a.m. with live music as the school’s band played several iconic songs of Honduras. This patriotic festival was livened up by majorettes, cheerleaders, and young ladies in folkloric costumes. In addition, there were special mentions for students with academic excellence and five cadets carried the flags of the other Central American countries that also celebrate their independence on this day. Traditional dances and large placards of Honduran tourist attractions were other highlights of this activity. The end of the event came exactly at noon when the national anthem was played, followed by fireworks. 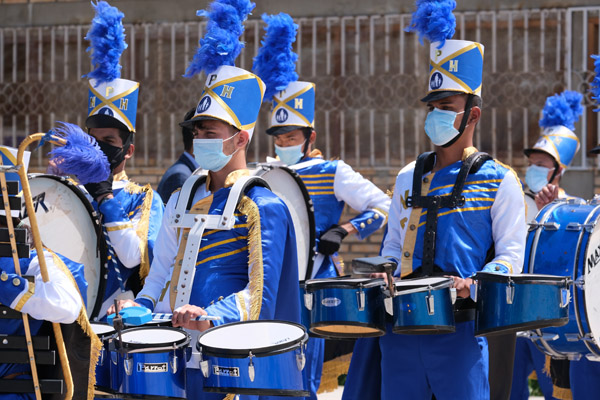 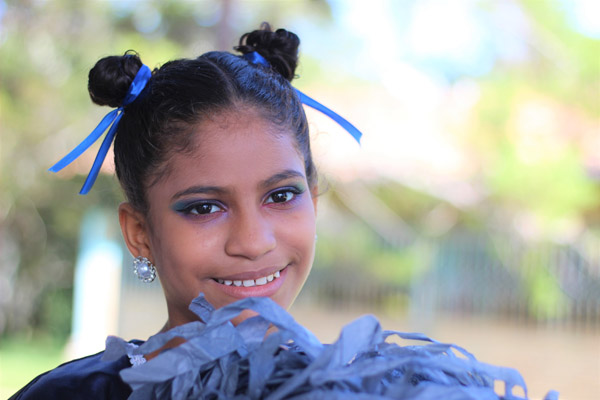 The art education teacher, José Salinas, explains that preparing for a big event like this is a sacrifice for everyone since it demands a great deal of time and human resources, plus the added challenges of holding an event during this time of the COVID-19  pandemic. ‘’Despite everything, we maintained the biosecurity measures. On Mondays, Fridays, and Thursdays, we practiced for two to six hours. Before the pandemic, the band used to be larger, with more instruments. This year it had to be reduced to a marching band made up only of boys from fourth to ninth grade, with fewer instruments, of course,” said José. “However, we made our best effort and it has been worth it. Children love these types of activities and we all certainly enjoy them too.’’ José added that twice a week he stayed to sleep in the NPH facility to be able to practice even more time with the children.

For her part, Patricia Varela, the general director of NPH Honduras, congratulated all the children for their performance in her speech. ‘’How nice it is that we feel proud of our homeland. Other years we have performed for a wider audience. But the most important thing is that we are here showing how much we love Honduras. Loving Honduras also means working to make this nation better every day, and all of you are working towards this,’’ concluded Patricia.

Throughout September, various activities are held to instill a love for their country in the children. The deputy director of the School, Matías García, comments that starting in first grade each child is taught to respect Honduras. Also, he adds that it is important that each of our children look up to the national heroes as examples. ‘’To ensure that each child joyfully experiences the independence celebration, we have made murals and held talks expanding on this topic’s meaning. Every Monday we raise the flag and sing the national anthem. And we had a slogan: ‘Educándonos Transformamos Honduras’ (By Educating Ourselves We Transform Honduras), a type of internal campaign to promote public-spiritedness. We know that Honduras has gone through difficult times, but we believe that our students are the ideal people with the potential needed to transform this reality in which we live,” concluded Matías.

It has been 200 years since Honduras won its political independence and it is impossible for this bicentennial to have gone unnoticed by Nuestros Pequeños Hermanos. The Rancho Santa Fe School is a special place where young citizens are taught values ​​and principles that will help to enhance Honduras into the future.