Pray for our family in Haiti

NPH CREATES LIFE-CHANGING OPPORTUNITIES for disadvantaged, vulnerable, and disabled children and youth living in extreme conditions. Through a comprehensive approach that embraces the whole child, NPH supports children to become independent, caring adults who give back to their communities—shaping better futures for themselves, their families, and their world.

6,163 children and families in local communities supported with essential services

Nuestros  Pequeños Hermanos,  transforms the lives of thousands of children and families throughout Latin America and the Caribbean. With the help of people across the world, we provide homes, health services, and educational programs in a safe and loving environment — giving children the best chance for success to become leaders in their own communities.

Learn how Executive Director Miguel Venegas made his own journey from pequeño to leader and changemaker.

Whether you are near or far, you can sponsor a child and make a difference.

Build Your Corporate Culture & Your Team

Employees and the companies they work for gain from giving back together.

Build Your Corporate Culture & Your Team

Employees and the companies they work for gain from giving back together.
Learn more

In 1954 a child and a beloved priest crossed paths. Both of their lives were forever changed.

Read our compelling news and stories of hope, resilience, and restored dignity. 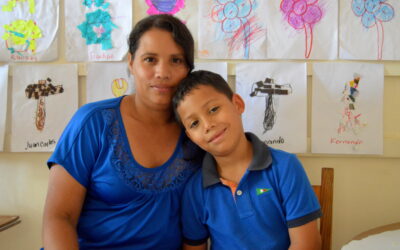 One of these is an NPH child daycare center (CCID in Spanish) called “Pasos Pequeñitos’’, which means “little steps”. It has produced many success stories, with Adelaida Velásquez’s story being a positive example.

END_OF_DOCUMENT_TOKEN_TO_BE_REPLACED 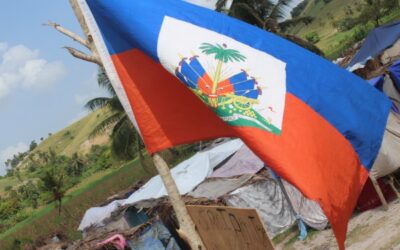 Let Us Stand United with Haiti

As we drove into the town, our vehicles had to stop due to a collapsed wall that blocked the street. As we walked in, many local people came over to talk to us, friendly and curious to know if we brought help. Helene, a mother of eight, was very talkative. Carrying her youngest in her arms, she told us about her oldest, a 14-year-old girl. “Classes had started when the quake began. The build shook, then the walls began cracking. Thank God that she escaped from her school as it collapsed,” she said. Helene’s husband works on the docks at the port of the city of Les Cayes, but because there is no electricity or cell phones aren’t working in her town, she has not been able to get in touch with him.

END_OF_DOCUMENT_TOKEN_TO_BE_REPLACED 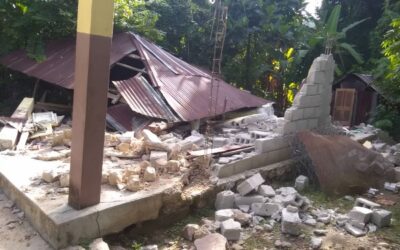 There is a Haitian proverb that says “bonjou se paspo ou” or “a hello is your passport.” In Haiti,...

END_OF_DOCUMENT_TOKEN_TO_BE_REPLACED
We use cookies on our website to give you the most relevant experience by remembering your preferences and repeat visits. By clicking “Accept All”, you consent to the use of ALL the cookies. However, you may visit "Cookie Settings" to provide a controlled consent.
Cookie SettingsAccept All
Manage consent

You are visiting the international website of NPH,
but there is also a website in your country: