In this recruitment process, NPH International decided upon a Succession Plan strategy, enabling us to utilize the talent, leadership skills and experience already existing within NPH, with both Marlon Velásquez and Jader Rayo, who have extensive knowledge of their respective NPH homes. Over the years, they have demonstrated great professionalism and expertise of caring for children, youth and families, but also adapting to changes and challenges that come with directing and implementing services in an NPH home. We are more than assured that they will succeed.

The National Director role is an important leadership position within our organization and family. In addition to overseeing a wide range of operational activities, the National Director is principally charged with transmitting Fr. Wasson’s philosophy of family and imparting the values of love and security, sharing, responsibility, work, and faith. Marlon and Jader will continue to collaborate in the Operations Team of National Directors for their respective countries, Service Directors, and other NPHI staff tasked with supporting the staff, volunteers, and children, youth and adolescents working tirelessly to bring forward our NPH mission.

In their new role, Marlon and Jader will provide strategic and operational leadership for the NPH Honduras and NPH Nicaragua families respectively, while supporting the care of all children and youth in accordance with NPH’s mission, vision, principles, and values. Working closely with local staff and a support team from NPH International, they will oversee all administrative functions and a wide variety of childcare and family and community strengthening initiatives. 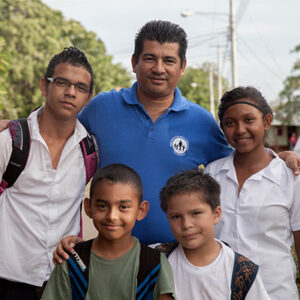 Marlon Velásquez, affectionately known as “Tio Marlon”, joined the NPH family in Honduras when he was 15 years old, along with his brother Ismar and sister Dorian. Having previously lived on the streets of Tegucigalpa, NPH opened its doors to Marlon where he was given the opportunity to take responsibility of the younger children and youth at Rancho Santa Fe. Over time, his thirst for knowledge and spirituality grew, and he began to study psychology and social work, and took courses to enhance his leadership skills.

He built a close relationship Fr. Wasson and studied in Arizona, while also embracing the NPH philosophy. He played a large role in the opening of NPH Guatemala, working as the Assistant National Director, before returning to NPH Honduras for a period as House Director. He became National Director of NPH Nicaragua in 2007, where he has lived with his wife and children since. In 2020, he also took on the role of lead National Director. He now returns to the home where he spent his teenage years. 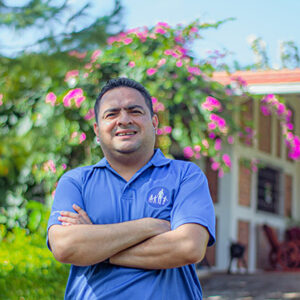 Jader Rayo was born in Nicaragua. He entered NPH Nicaragua at the age of 13 in the company of his two younger sisters due to reasons of abandonment by his parents. Thanks to the help of a nun, he found the NPH family.

He completed my secondary education at Casa Padre Wasson. Then in 2001, he completed his first year of service caring for children with disabilities at Casa Santiago on the Island of Ometepe. In the following year in 2002, he served the NPH family working as a fisherman in Lake Nicaragua.

In 2005, while studying at university for his Bachelor of Diplomacy in Political Science with Management in Social Projects with a focus on NGOs, he supported the Assistant Director of the House during vacation periods and weekends on the Island of Ometepe. He graduated in 2007, but his desire to keep supporting the NPH population remained.

In February 2008, he was appointed by Marlon Velásquez as House Director of NPH Nicaragua until December 2010. Then from January 2011 to October 2013, he decided on a change of scenery and to enhance his leadership skills at another NPH home by becoming House Director at NPH Guatemala.

In 2014, he returned to collaborate with Marlon Velásquez as Deputy National Director, a position he holds to date. During this training process, he had the opportunity, thanks to NPH International, to further develop his leadership skills as a leader in different spaces such as Family Services, Perennial and ileap.